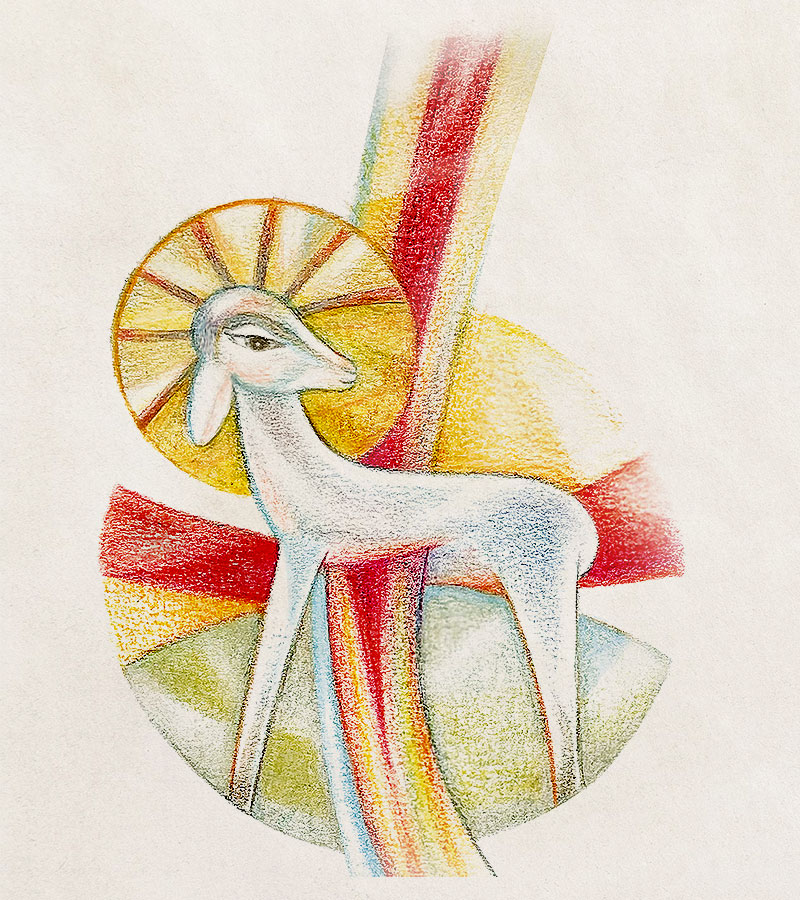 DISCIPLES of LAMB, YEAST FOR THE WORLD

‘Precious sisters’ in the General Chapter

We wish you to participate to the chapter event that will be held in Pasturo from November 19th to December 8th 2021, and which represents for us a fundamental time of encounter and mutual listening, to welcome the today of God. merciful of the Love of God, to still be disciples of the Lamb, and that ‘little leaven’ that makes the life of every man blossom.

We rely on your prayer

The diary that we send to you is made with love, attention and above all with the desire to build unity; we feel that each one of you is present here in the Chapter Hall, in the chapel and in all the moments in which we gather together. The journey together began on the evening of 18th November in the General House with the concert of the Elikya choir so as to enter through music in the climate of integration and interculturality.

On 19th all the Sisters delegate to the General Chapter met here in Pasturo for lunch. After lunch, led by Father Michele di Monte, a hermit who lives here in the area, we entered the atmosphere of prayer rediscovering that the essence of the mission is to make known the face of the Father and this we can do only by remaining in the Son and dwelling in Him.

On Sunday 21st, the feast of Christ the King, we made each one of you present, through readings, songs and prayers made in different languages. After a moment of reflection led by Father Michele we celebrated the Holy Mass for the beginning of the General Chapter by placing at the foot of the altar the logo of the Chapter, the Word and the pilgrim’s staff that we then carried in procession in the chapter hall. There we began the work of the Chapter with the introduction of Mother Donatella and the first official acts. In the coming days we will send you the updates of what will be happening during this XXXIII General Chapter. We thank you for the prayers with which you are accompanying us.

From the beginning of this week we have in our midst Sister Pierina, a sister of the Congregation Orsoline of Verona, who guides our work through a simple and practical methodology. We had two very important moments of listening: the Report of Mother Donatella and the Economic Report, made by Sister Simona. We listened then to the Reports of the Province of Brazil, the Region of Italy and the Delegation of Kenya, presented by the responsible for each Circumscription.  Wednesday the day was dedicated to the  deepening and sharing of the Instrumentum laboris.

On Thursday, the 25th, the Assembly welcomed Father Aitor who guided us to the approval of internal documents of our Institution such as: the Directory, the Economic Regulations, the Directory of Chapter and Assemblies, the Statutes of  the Region and of the Delegation. That was our week!

On Saturday evening, gathered as a community, we celebrated the beginning of Advent… the liturgy team prepared a significant moment with the celebration of light and the sharing of the Word. After dinner we had a recreation organized by the animation team which provided us with a fun time with dancing, games and an atmosphere of joy.

Today, the Lord’s Day, we woke up with a beautiful landscape in Pasturo. The snow has arrived!!! For the Brazilian and Kenyan sisters it was a real joy and a gift from God to contemplate and experience the beauty and silence that snow causes in the environment. Right after breakfast, the group organized itself for the visit to the “House of Antonia”.

To end this day we had a cultural night, moments of sharing life and flavors. It was really another fraternal moment in unity with all of you.

We will communicate soon!!!

The first two days of this week were led by Sr Pierina using the same methodology.

On  1st , after Mass, we met in the chapter hall and Sr Pierina offered guidelines for discernment in preparation for the following day’s elections to leave the heart free, open to the Spirit who enlightens every choice. Each one spent the morning in prayer and in the afternoon we had an hour and a half of silent adoration.

On 2nd morning we gathered in the Chapel for the prayer in preparation for the election of the Superior General in the presence of Monsignor Paolo Martinelli, vicar for consecrated life of Milan Diocese. In procession went to the Chapter Hall. At the end of the voting Monsignor Martinelli proclaimed Mother Donatella Zoia as the Superior General, then, in procession, we returned to the chapel singing the Magnificat and with gratitude we celebrated the Eucharist. After Mass, since Monsignor Martinelli could not be present for lunch, we had a good break to celebrate our new Superior General.

In the afternoon we met in the chapter hall for the election of the Vicar and the Councilors.  Sr. Elena Carugati, vicar, Sr Valéira de Oliveira, Sr Carlla Rogéria, and Sr Roberta Perego were elected. To God, our praise for the composition of the General Government that will guide us through the next six-years.

We thank God for this week and for all that he has given us to live in search of his will in everything and with everyone. THANKS also to each one of you, to every community present with us through the messages received and, above all, through prayer.

Where to find us

Where are the missions of precious nuns in the world 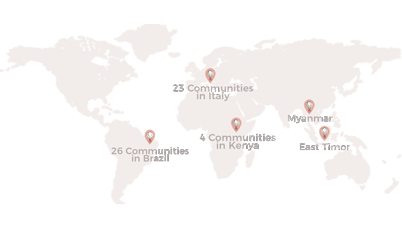 This site uses cookies to improve your browsing experience. We assume you agree with this, but you can choose not to if you wish.

Cookies that may not be particularly necessary for the operation of the website and that are used specifically to collect anonymous user data through, for example, Google Analytics for purely statistical purposes for analysis of visits, other embedded content are considered unnecessary cookies. It is mandatory to obtain your consent before executing these cookies on your website.